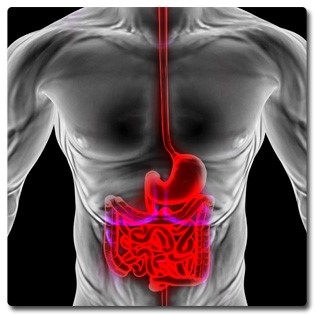 Gastrointestinal bleeding is a widespread clinical concern that often requires hospitalising. There are multiple sites in a gastrointestinal tract (GI tract) which could be involved in bleeding. However, all such concerns are usually categorized into two kinds, namely lower GI bleeding and upper GI bleeding. The extent of GI bleeding can range from life-threatening haemorrhage to chronic blood loss that is often slow and insidious. While the mortality of gastrointestinal bleeding has been reported to be around 8%, the incidence is being rapidly reduced due to the availability of more advanced medical treatments and modern diagnostic techniques. There is a high probability that an impact of the GI tract bleeding will resolve autonomously. However, it is recommended to identify the site of bleeding. A diagnosis ensures better treatment and prevention of recurrence of GI tract bleeding in the patient.

It is predominantly the source of blood loss that affects and determines the symptoms of GI tract bleeding. Mild, chronic bleeding usually doesn’t manifest itself with an active symptom but still leads to a gradual development of anaemia due to iron deficiency. Since the blood loss in stool can be small in quantity, the majority of patients are unable to notice it.

In the event of severe bleeding or a chronic incidence, few of the common symptoms associated with gastrointestinal bleeding include anaemia that manifests itself in the form of pallor, weakness, shortness of breath, dizziness, and angina. A more severe case has a common symptom of bloody vomit or hematemesis which can either appear to be red or darker and coffee-like in color.

By source of bleeding, it can appear to be bright red in color with a burgundy and clotted nature, or a darker, more black and tarry appearance. Melena or the black and tarry stool hints towards the probability of upper GI tract bleeding. However, a few instances of bleeding in the right colon or small intestine may also present itself with Melena. Ingestion of PeptoBismol (bismuth) may cause black stool as well. Hematochezia, on the other hand, is the bright red blood in stool that is mixed in it after the bowel movements. Therefore, it hints towards the gastrointestinal bleeding most likely to be in the rectal opening. While it is commonly due to hemorrhoids, it is always recommended to get yourself examined for confirmation since more complicated medical conditions including polyps, rectal cancer, ulceration, proctitis and a wide range of other infections can cause Hematochezia.

In the event of a suspected upper GI bleeding, the first step of diagnosis is upper GI endoscopy. The patient is sedated, and a flexible tube with a video camera on one end is inserted through the mouth. The tube moves through oesophagus, stomach, and duodenum hence, enabling the doctor to identify the site of bleeding. Upon identification, preventative and control measures are taken to tackle it which includes laser phototherapy, utilization of cautery, tamponade, or injection therapy.

On the other hand, colonoscopy is used in the event of lower GI tract bleeding or bleeding of the colon. The entire process is essentially the same as in the case of upper GI tract bleeding except that the colonoscope is entered into the body via rectum and the internal walls of rectum and colon are examined for a potential site of bleeding. Barium GI studies, nuclear bleeding scan, or angiography are a few other diagnostic techniques which are commonly put to use for the detection of GI bleeding. Once the reasons for bleeding as well as its site have been correctly identified, the process of treatment and management of the medical condition begins.

As stated earlier, in the event of severe or active bleeding in the gastrointestinal tract, hospitalisation is a necessity. Upon continuous bleeding, if the blood loss begins to reach around 40% of the total blood volume, there is a high risk of the body going into shock. If complications including hypotension, dizziness, fast heart rate, or light-headedness associated with GI bleeding, the treatment makes an active use of IV fluids with a consistent evaluation of blood count. If necessary, a blood transfusion may be recommended.

In the light of the information mentioned above, it is evident that gastrointestinal bleeding can range from mild, autonomously cured to severe instances which require proper medical care. Therefore, in the event of any of the associated symptom regardless of how mild it is, you are humbly advised giving your doctor a visit immediately.