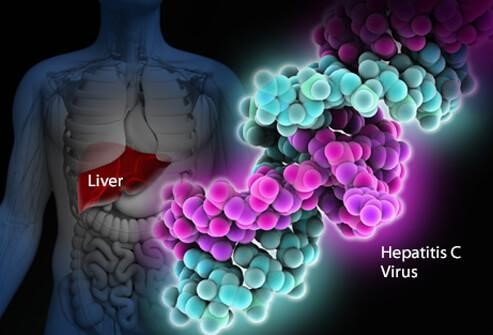 Hepatitis C is a blood-borne virus and a global threat. This lethal virus attacks liver which is responsible for the healthy and optimized functioning of the body.

The life-threatening disease, Hepatitis C, overcomes the natural immune responses mounted by the body and releases body-wide symptoms, which may be subtle, yet as dangerous as hand grenades!

Hepatitis C globally affects more than 130-150 million people.  Roughly 700,000 or more people die annually from this global menace. While vaccines for Hepatitis B exist, there is currently no vaccine available for Hepatitis C. The regions most affected by these harmful organisms are Africa and Central, East Asia. Certain populations may be more predisposed to the infection than others, such as intravenous drug users. The organism has multiple strains, and these vary according to geographic landscapes.

One of the most widespread causes of Hepatitis C includes unhygienic and unsanitary blood exchange. In the past, inadequate screening practices resulted in a massive spread of the infection. However, as the pathogen can only survive in a blood medium, kissing, body contact, or using same washrooms will not result in the acquisition of disease, despite prevalent myths.

Some of the most common routes through which the virus can transfer from one human to another are:

Innovations in Labor testing and screening practices have significantly reduced the threat of contraction through blood transfusions and mother to child infection progressions. Moreover, improvement in treatment options may curb the disease in early stages and cause its latency.

Hepatitis C is not spread by drinking breast milk, and while it can be contracted by the child during pregnancy, the chances of it are rare.

The early symptoms of Hepatitis C start as subtle problems, however, with the passage of time, these problems progress to dangerous ailments. One of the first symptoms includes mild flu and body aches; most people dismiss these as natural problems while some might not exhibit any symptoms at all.

As the infection takes over immune system, symptoms progress in severity. Hepatitis C virus has an incubation period of 6-12 months and the most common symptoms include:

If the infection is caught early, and treatment begins right away, then the infection has a greater chance of clearing up and causing no permanent damage. However, chronic Hepatitis C may result in liver cirrhosis, liver failure, liver cancer, and ultimately death.

Adequate screening practices can detect infection even before the treatment begins. However, the acute phase has fewer reports of incidence due to the asymptomatic nature of hepatitis C. Actual symptoms start manifesting when the infection starts, severely damaging the liver. Doctors may screen for anti-HCV antibodies to detect the pathogen. In some cases, a biopsy may be required for accurate diagnosis.

As there is no vaccine for Hepatitis C, prevention is the primary mode to tackle this problem. Awareness must be spread among particular populations, who are at an aggravated risk, for example, drug injectors and sexually active people.

Here are a few guidelines that can prevent or minimize the spread of infection:

After a person gets diagnosed with Hepatitis C infection, he is required to get tested to check the degree of liver damage he holds. This can be easily checked by way of a liver biopsy. Other noninvasive testing services may also be used.

Moreover, the genotype or strain of the Hepatitis C infection is also determined as each strain responds differently to treatment. Some people may also be infected by two or more strains at the same time! Early diagnosis and diligent treatment prevent the spread of disease. As per the recommendation of WHO, all patients who are suspected to have an infection must be screened.

The treatment of Hepatitis C depends on the extent of liver damage that has occurred as well as the strain that has incurred the disease. For some people, the problem does not require treatment as the immune system clears out the infection on its own. However, for others, the goal of treatment is CURE. Treatment also depends on the strain and the level of damage done to the body.

Nowadays, new anti-viral treatments have entered the market. These are called Direct Antiviral Agents (DAA) and are safer, efficient and longer lasting than prior therapies. DAA has been reported to cure the majority of HCV patients while reducing the treatment duration to less than 12 weeks.