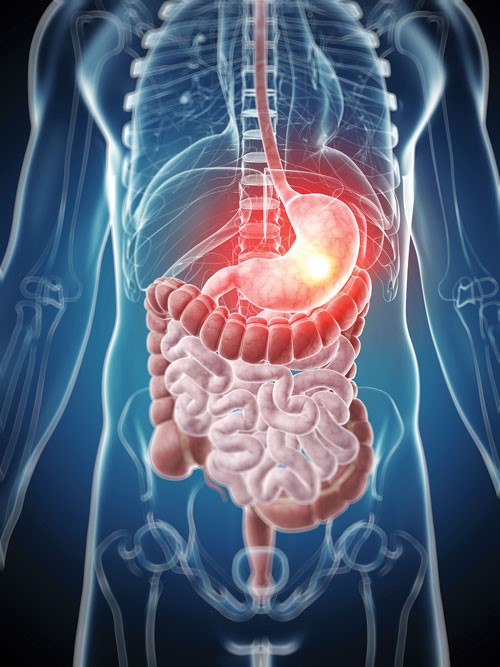 Inflammatory Bowel Disease or IBD is a broad term that nests two major gut-related diseases under its category. Typically, IBD is referred to as an inflammation of either whole or part of the gut, resulting from Crohn’s disease or ulcerative colitis. Basically, ulcerative colitis is a condition where prolonged inflammation and ulcers might occur in the deepest lining of the rectum and large intestine.

However, Crohn’s disease refers to a condition where the lining of digestive tract gets inflamed. The affected lining could be anywhere in the gut from the mouth to rectum, covering everything in between. IBDs fall into the category of autoimmune disorders since the immune system works against the body’s very own organs. Since IBD refers to the inflammation of particular part or whole of the gut, it might halt the eating process and digestion as well. So if an IBD is not dealt with strictly, it might become a life-threatening disease.

Even though the precise cause of IBD is unknown and there are an array of reasons that could be credited to cause the aforementioned disease, anomalies in genetics and immune system are the foremost reasons to be blamed in case of IBD.

Judging from the causes and symptoms, IBD does not seem to be a gender biased disease but even then the Crohn’s disease affects women more than men and UC is quite common among the male population.

Depending on the severity of inflammation, the intensity of symptoms could range from mild to severe. Therefore, a patient might experience few or all of the following symptoms:

In the case of ulcerative colitis, the symptoms are not random, and each set of symptoms indicates a specific type of UC as disused below:
Ulcerative proctitis. This is probably the mildest of UC where inflammation is restricted to the area closely attached the rectum. Therefore, the only possible symptom, in this case, could be rectal bleeding.

This is a comparatively enhanced form of UC where the inflammation is not only restricted to rectum but could also spread its claws to the lower end of the large intestine. With the increase in severity, the signs also tend to worsen and might include diarrhoea, bloody stools and a difficulty in passing stool even with an urge to do so.

The symptoms are pretty much same as experienced in the case of proctosigmoiditis with an addition of unintentional weight loss.
Once again, the inflammation is not localised and might spread from rectum all the way towards descending colon.

Pancolitis is one of the two most halting forms of ulcerative colitis where the affected person might face severe fatigue, abdominal pain and a large amount of weight loss. It is almost never localised and usually affects the entire large intestine.

Almost all of the symptoms experienced in this type of UC are severe and cause a lot of discomforts. The disease tends to affect the whole colon.

In the cases of Crohn’s disease, the inflammation is concentrated in and around ileum and large intestine. It could also lead to the narrowing and scarring of bowel wall which ultimately leads to the blockage. 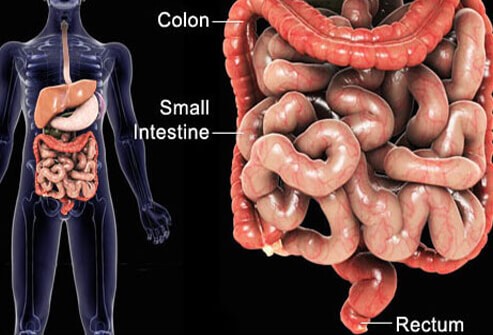 There is a significant deal of treatments offered to treat a particular type of IBD. Let us have a look at few of them below.
The foremost concern for every doctor is to eliminate or at least restrict the inflammation in the gut. Therefore, an anti-inflammatory medication is most likely to be prescribed by your physician. In advanced approaches, these medicines might also be accompanied by immune suppressants to sabotage your body’s instinct to target its organs. The main goal of these immune suppressants is to halt the release of TNF (a chemical produced by the immune system, resulting in inflammation). However, these immune suppressants must be taken with extreme care and should be reserved as the last option because they could result in irritating side effects.
In the worst cases, your physician might shift his focus on diminishing the intensity of symptoms. As a result, he might prescribe antidiarrheal drugs to comfort you and treat the symptoms.
In the cases where nothing else seems workable, surgery might be the only shot left for a doctor. Following is a short list of operations that might be needed in a given case:

However, prevention should always be considered instead of just leaving yourself to become a potential target for IBD. Therefore, you should adopt a healthy and active lifestyle including drinking a lot of water/fluids and reducing the use of dairy products, if you cannot give up.