The cells in the inner lining of our large intestine follow a natural cycle where they divide, mature and ultimately die a timely death. However, due to some genetic changes, in certain cases, the cells do not mature and start to accumulate in the immature state forming growths known as polyps which are nothing more but a group of genetically abnormal cells that did not mature with age. This is a genetic change which can occur anytime after birth. The removal of these polyps in the colon has led to a decrease in the overall colon cancer rate around the world. 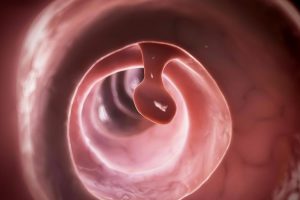 This is the surgical procedure which helps the surgeons get rid of the polyps that form in the colon. These abnormal growth cells are removed from the membrane lining the rectum and the colon. There are three different types of polyps:

Polyps are dangerous no matter what kind they are because they can give rise to cancer. It is important to get rid of them even if they are benign or small. This is the reason colorectal polyp removal procedure is important. They are either removed using a snare made of wire and current or by making multiple incisions depending on the size of the polyps.

With the cells growing abnormally in the body, it is important to get rid of them. Cancer is a form of mutation too which causes an abnormal cell growth in the body. With the cells doing that in the colon, it is not safe to let the polyps stay around too long in the body. It has been researched that it is a matter of just a few years before a benign polyp transitions into a cancer growth. With colorectal polyp removal, the cancer growth is restricted. Apart from this, they can also cause abnormal rectal bleeding and thus would need to be removed.

What bigger benefit can this procedure have than reducing the chances of the patient developing colon cancer in the later years of life? It is a fairly less-invasive surgery which helps get rid of polyps in the colon and rectum by making minimum incisions and thus causing the minimum amount of blood loss. The patient would need little post-procedure care too in return.

The risks of the procedure vary from person to person depending on their health. Some of the most common complications associated with this procedure involve

Before going for the procedure, it is important that a thorough medical history record is kept and checked for the patient. This procedure would require an authorization from the patient before it can be performed.